“ It has been wonderful to collaborate on the Veterans Banner Project with the Greater Alliance Foundation. The Foundation was able to streamline a very complex financial process. This is the latest of many projects that the GAF has implemented to make our community a better place.”

The McVicker Family sponsored a banner for Abraham Greenawalt who served in the United States Army during the Civil War. Abraham is remembered for being the only soldier in our area to receive the Congressional Medal of Honor.

The banners are a sharp visual reminder of the sacrifices our Alliance men and women in uniform have made to secure and safeguard our American freedoms. There are 140 2’x4’ banners that line State Street and Union Avenue.

When asked, the GAF Trustees did not hesitate to become the fiscal agent for this Alliance Hometown Hero Committee. The Trustees established a fund for community donations and added a “seed” gift of $1,000 to support this project.

Mark and Irma McVicker, parents of Marine Corps Lance Cpl. Daniel M. McVicker (KIA in 2005 while serving in Operation Iraqi Freedom) proudly participated in the Honoring Hometown Heroes banner program. Irma McVicker stated, “Although our hearts break for the loss of our Danny, our family has received so many blessings. I count these military banners in Alliance as a continuation of God’s blessings to our family as it provides the community with a sense of who these veteran men and women were and honors our brave military.” 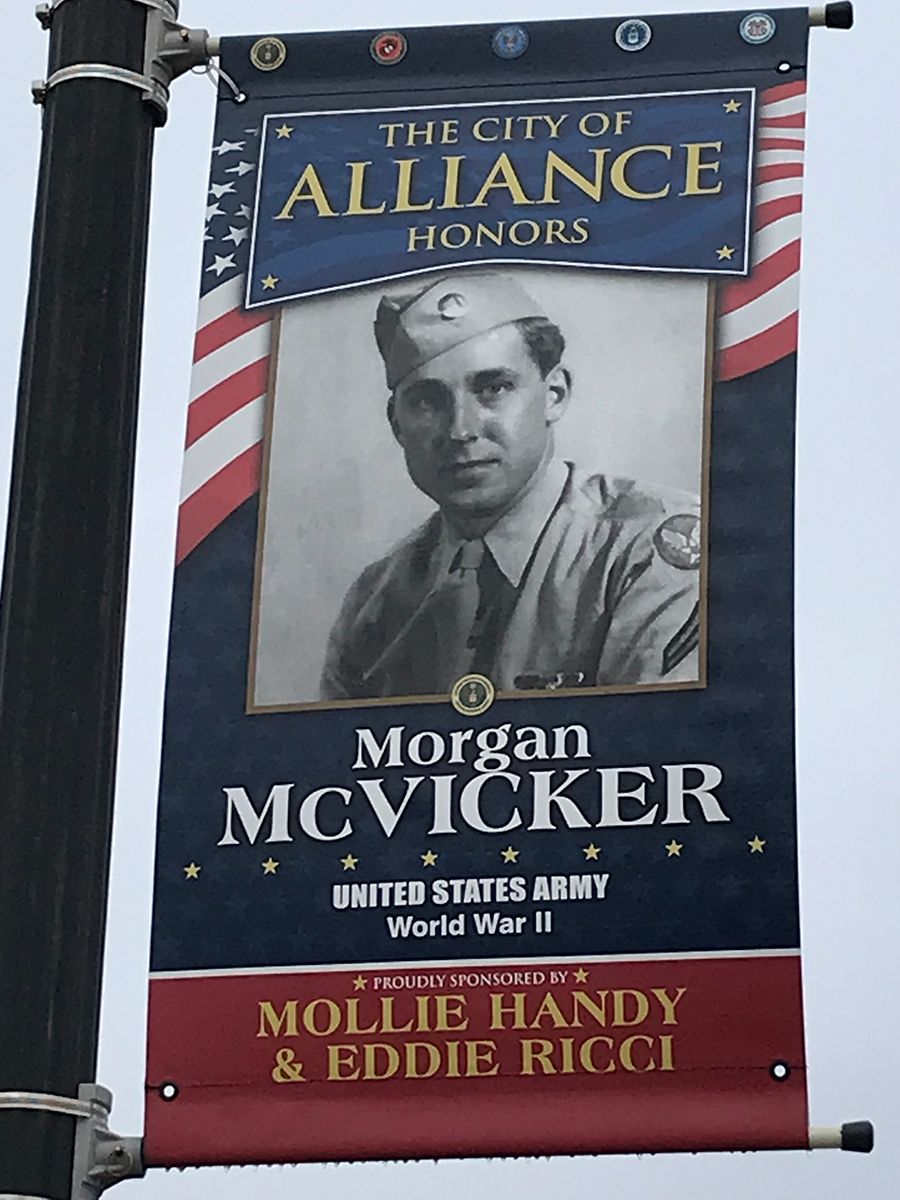 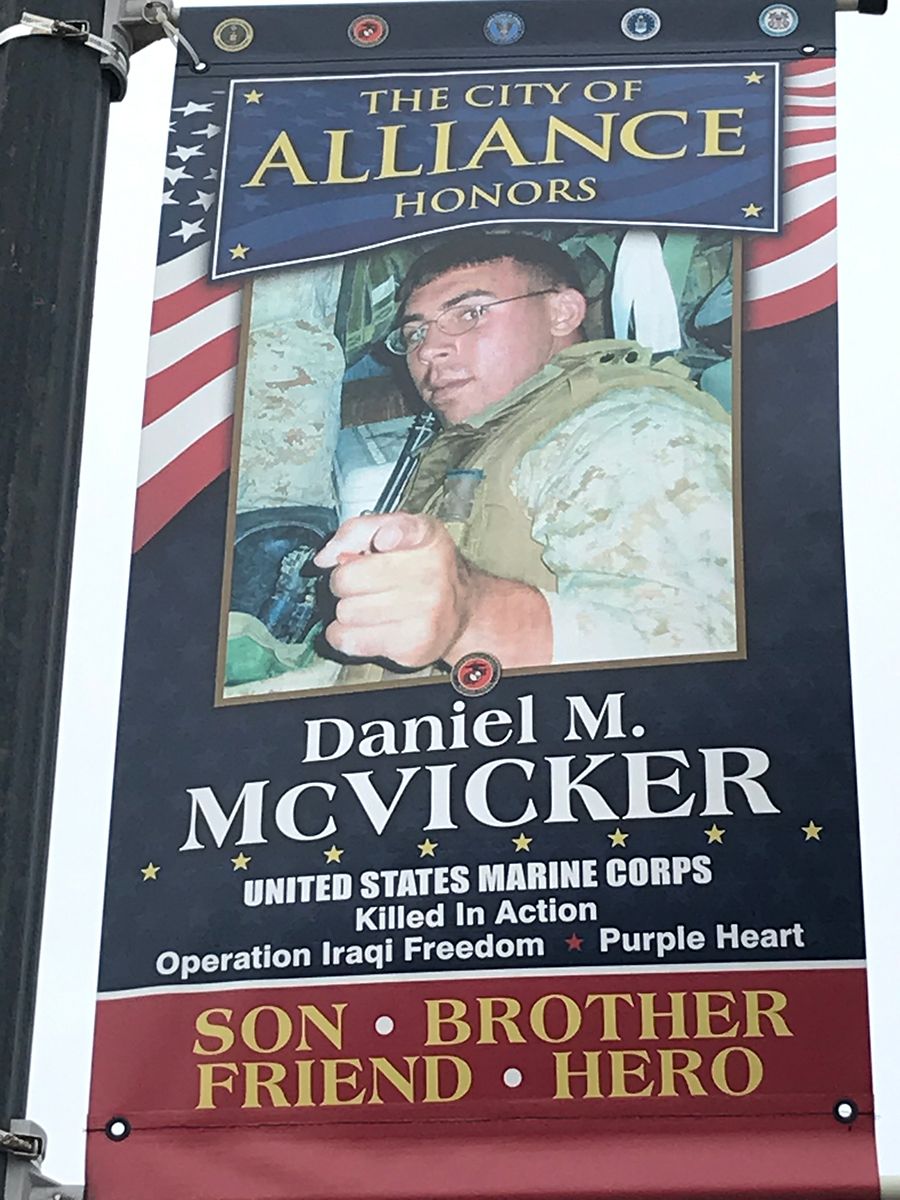 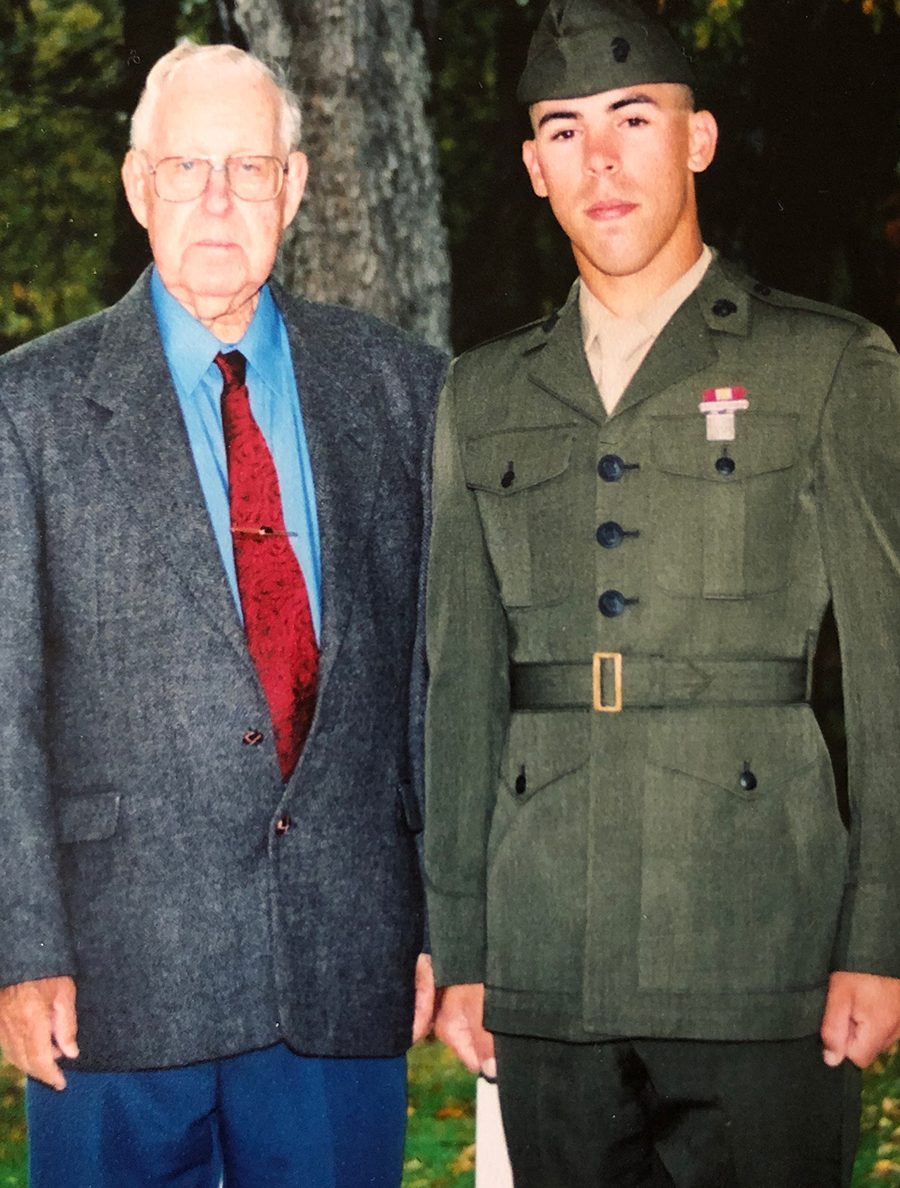 Their son, Danny, is honored by a banner that hangs directly north of State Street on Union Avenue. His banner hangs next to his grandfather’s (whom he was named after), Daniel “Morgan” McVicker who served in the Army Air Corp during World War II. Morgan’s banner was sponsored by his two other grandchildren Mollie Handy and Eddie Ricci. Morgan babysat his grandchildren as they grew up and Danny looked up to his grandfather as a patriot and role model. Morgan has since passed, but the memory of Morgan and his grandson Danny, along with their unique relationship was captured after Danny completed his basic training.

This spring, the city will install more poles which will allow the committee to display additional banners highlighting the lives of our hometown heroes. This program has been a great community experience and is generating much conversation among our residents and their children.

Know someone who should be recognized through the Veteran’s Banner Project?

Apply online through the City of Alliance.

Sign up for our e-newsletter and stay up to date on our latest projects throughout the year.